President Trump has nominated former Bush official and current Kentucky workforce chief John Pallasch last month to head the Department of Labor’s Employment and Training Administration (ETA), which oversees a large block of youth employment dollars that the administration has targeted for cuts in its first two budget proposals.

ETA is the agency in charge of managing a slate of job training and assistance programs that include youth and young adults, including: 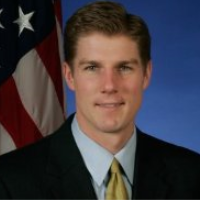 John Pallasch, Trump’s nominee to lead the Employment and Training Administration at the Department of Labor.

Trump proposed deep cuts to the two programs in both his 2018 and 2019 budgets. The administration asked for $524 million in WIOA youth funds, and $59 million for YouthBuild.

ETA also oversees the small federal allocation for apprenticeships, which offer a path to learning high-skilled jobs for qualified candidates. The Trump administration is keen to increase federal spending on this, and the funding for it doubled from $68 million in 2017 to $145 million in 2018.

One of the largest and most visible divisions of the Labor Department has been run without a presidentially appointed leader since Obama-era appointee Portia Wu left in January of 2017. The agency has been led by Rosemary Lahasky, a former staffer at the House Ways and Means Committee who was named ETA’s chief of staff in 2017.

Pallasch joined the presidential campaign of George W. Bush in 2000 after graduating Pepperdine Law School, and stayed with Bush at the Labor Department for both terms. He served for more than five years as a special assistant, and spent the final two years of the Bush administration as the deputy assistant secretary for the Mine Health and Safety Administration.

Pallasch then joined controversial education reformer Michelle Rhee in Washington, D.C., where Rhee had been given full reign by former Mayor Adrian Fenty to close schools, fire teachers and change the city’s academic accountability and tenure standards. Rhee left to start her own Sacramento-based nonprofit, StudentsFirst, in 2010; Pallasch joined her there in 2012, first as director of implementation and then as human resources director.

Rhee’s hopes for a $1 billion capital raise to build a national organization fighting unions and teacher tenure never came to fruition, and the organization quickly downsized. It was absorbed into another nonprofit, 50CAN, at which point Pallasch left.

Since April of last year, Pallasch has served as the executive director of employment and training for Kentucky Gov. Matt Bevin (R). The office manages about $700 million in federal funds for workforce programs.