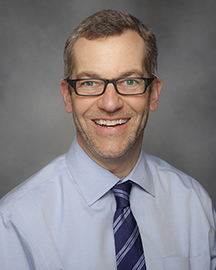 Last week Kaiser Permanente announced it would invest $2.75 million in research to mitigate the effects of adverse childhood experiences.

Kaiser Permanente conducted the original study with the Centers for Disease Control and those findings were published in 1998 linking childhood trauma and poor health outcomes later in life dubbed adverse childhood experiences, commonly referred to as ACEs. Since that initial research, momentum has grown behind the research to gain a greater understanding of how ACEs impact children throughout their lives and efforts are underway by researchers and advocates across the country to determine ways to prevent ACEs and help those who’ve had adverse childhood experiences heal.

“Based on our landmark research with the CDC, we now know that negative experiences in childhood have a direct relationship to poor health later in life,” said Dr. Don Mordecai, Kaiser Permanente’s national leader for mental health and wellness. “We want to identify and implement evidence-based solutions focused on prevention and early intervention that will positively impact the lives of our members and the communities we serve. And we hope that this new research will produce results that will warrant further investment in ACEs research from outside organizations as well.”

The company announced a new $2.75 million allocation of funding to continue its research and uncover solutions for ACEs-impacted individuals. The organization’s initial research will take place internally through the end of the year with Kaiser Permanente’s research scientists, who will review existing ACEs currently research being conducted to identify gaps.

The funding will help Kaiser Permanente analyze the existing ACEs research and identify gaps. Kaiser Permanente hopes to “provide additional insights on the most promising interventions and emerging innovations as well as continue to build the evidenced-based case that we can break inter-generational cycles of childhood trauma and create a brighter future for children,” Mordecai said.

In 2020, Kaiser Permanente will seek proposals from its regional research groups that will also develop collaborations with other researchers.

“Depending on the scope of selected projects, it is estimated that research results would be reported in 2022 or 2023,” Mordecai said. “It is important to also note that Kaiser Permanente is taking a developmental approach to preventing ACEs – and this research investment is just one piece of a multi-pronged approach that includes programs and upcoming initiatives to prevent childhood trauma for future generations.”

California’s new surgeon general and pediatrician Nadine Burke Harris has drawn significant attention to the importance of addressing ACEs in the past few years.

“As a well-known advocate for ACEs awareness, we welcome the support of California Surgeon General Dr. Nadine Burke Harris as appropriate, but we do not have any formal plans to partner with her on this research at this time,” Mordecai said.