A California background check system meant to safeguard children in foster care has been mired in delays, compounding workforce shortage issues, a group of foster care agencies and advocates reported in a letter to state officials.

According to the California Alliance, an industry group representing foster family agencies and residential treatment facilities, bureaucratic snags with the state’s newly implemented Guardian system have had negative impacts on direct care “in an environment already plagued with severe workforce shortages.”

As examples, the alliance described one prospective employee, who had to wait nearly seven months to be approved before she could be hired by a Los Angeles County foster care agency — an approval that under the previous system would typically have taken just a month. And in September, an adoptive agency had to temporarily remove three children from a foster family because a new criminal record exemption for one of the parents hadn’t been processed in time after the family moved to a nearby county. The children were returned less than a week later after the necessary clearance was obtained, but the delay caused by the state’s Guardian system led to “avoidable separation and trauma,” according to the Oct. 21 letter sent to state officials.

Operated by the Department of Social Services, the Guardian system was launched as a web-based tool in January 2021 to help providers and agencies easily complete background checks and criminal record exemptions in a timely way.

California Department of Social Services spokesman Scott Murray said implementation of the new data system has contributed to case processing delays as well as the complicated nature of some cases. The department said it will “implement efficiencies” to help process the high volume of applications, including adding more staff and working with the developers of the Guardian system to make improvements.

Roughly 85% of all criminal background check applications are cleared within five days, Murray said, but criminal record exemptions may take longer to complete than other clearances because of the time needed to request documents from law enforcement agencies across the country. What’s more, a background check applicant for some offenses must present evidence of “present good character,” including a personal statement and other evidence of rehabilitation, according to state law.

But critics of the new system say rather than improving the situation, it has so far caused considerable harm. According to the foster care agencies, in about 100 cases where child welfare providers sought background check clearances earlier this year, only one-third had been resolved by the end of September. In those cases, the average processing time had been more than three months, far longer than the state 30-day turnaround time for simplified criminal exemptions.

The delays are affecting both caregivers and prospective employees — all of whom need clearance from the state system to interact with foster children.

“These delays in the Guardian system are undermining providers’ ability to hire staff at the very time when workforce shortages are at their worst,” the letter reads. “Agencies are competing with many other employers for a scarce workforce and potential employees are often unwilling or unable to wait weeks or months for the results of the Guardian system background check.”

As in all states, California law requires caregivers and others who work with vulnerable populations like foster youth in licensed facilities and home-based settings to provide fingerprints and pass a background check. If an applicant has been convicted of a crime that goes beyond a minor infraction, there is still a way to meet state approval, but it involves receiving a criminal record exemption from the state. More serious offenses — especially those involving child victims — may require further investigation before a clearance can be granted.

Adriana Aguilar, 42, thought she had found a perfect job match when she applied to be a peer support specialist with Allies for Every Child, a Los Angeles agency that offers early education services and recruits “foster parents who have a commitment to social justice and equity.”

A former foster youth, Aguilar said she once lost her own children to the system because of substance use issues. Years later, she is working to share her knowledge about how to navigate the system with other families in her community. Earlier this year, Aguilar hoped to help kinship families, foster families and parents provide better support to children in foster care.

But after accepting a job with Allies in March, her clearance was held up for more than seven months, she said, with no information about when her case would be decided. The issue in question was an arrest for a misdemeanor offense 22 years ago, a domestic violence incident in which Aguilar said she was ultimately charged with disturbing the peace.

“It’s like a shadow you can’t get rid of — it keeps pressing and pressing every time you want to move or do something different,” Aguilar said. “I kind of felt a little discouraged and felt like, gosh, all the work that I’ve done has been for nothing.”

Aguilar said she was stressed and struggled financially earlier this year while she awaited word about her job, not knowing how long the bureaucratic process would take or if she should give up and look for a similar job.

Adriana Molina, chief program officer with Allies for Every Child, said delays like this with the Guardian system have strained a workforce that is already challenged with high turnover. Rates for foster care agencies have not changed in three years, providing little cushion for inflationary pressures.

“Staff morale takes a hit because you have three people doing the work of five because we can’t get people cleared quickly,” she said. “Ultimately, the people who end up really paying the price are the families who don’t get the benefit of folks who are prepped and really know how to do this work.” 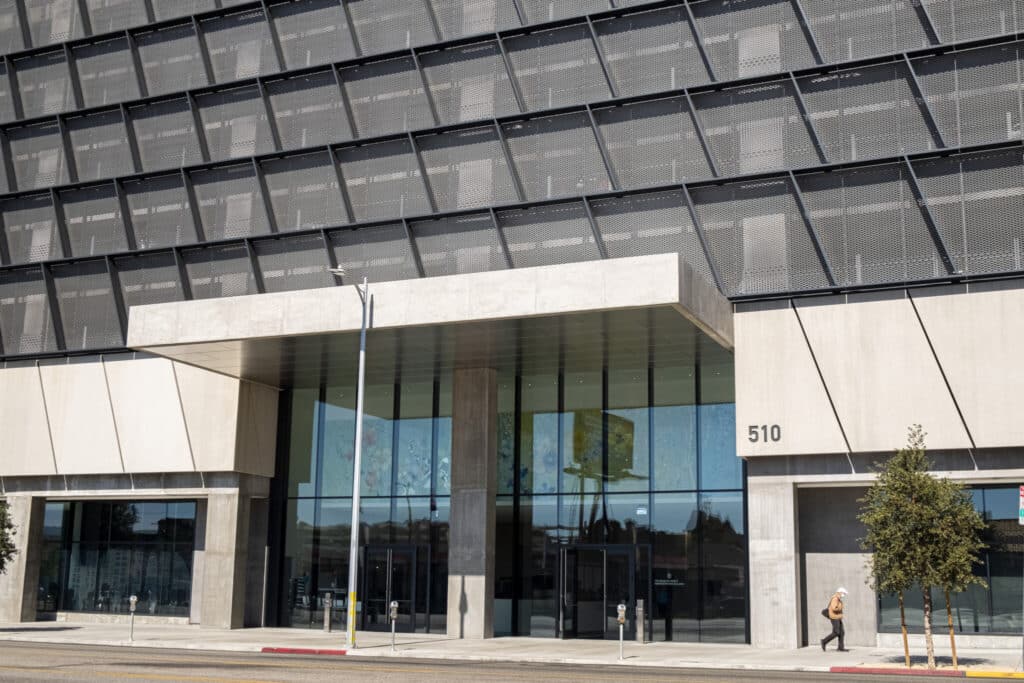