Protecting Runaway Foster Youth: Without Warrants, What Comes Next? 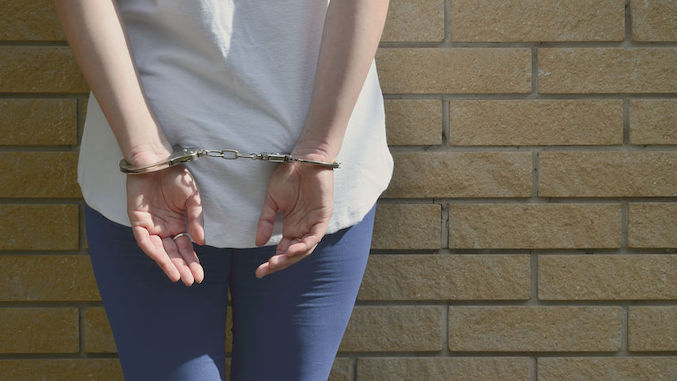 At 15-years old, Sarah* had already moved between a handful of New York City’s foster care agencies. She was a victim of sex trafficking, an illicit industry that disproportionately targets children in the child welfare system. Sarah was a smart and affectionate girl who melted whenever she saw a dog and often carried around a small, well-worn stuffed bear.

When Sarah ran away from foster care, she swapped out her small, beloved bear for an oversized one. She carried her head high and shoulders broad as if she had something to prove, and wrapped her arms around the enormous teddy bear in front of her. With black lipstick, heavy eyeliner and risqué clothes, Sarah was unstoppable. Not even an encounter with her favorite dog could deter her. On one occasion, Sarah boarded a bus and staff from the residential program she lived at followed the bus for six miles before the giant bear disembarked followed by the little girl in a crowded, downtown area. Though she was pleased, even flattered, to see that we had followed her, it was not enough to persuade her to return.

She hopped into an approaching car. The giant bear was likely a creepy identifier to whatever adult predator was picking her up.

The license plate was reported to local police, along with other pieces of information that Sarah had disclosed, including her “boyfriend’s” name, age (mid-thirties), workplace and Facebook account. The Special Victims Unit detective was eager to help, but said they could not conduct an investigation without a victim who was willing to come forward. Sarah was not willing. She continued absconding and returning, occasionally sharing details of her outings, which included being provided with drugs and alcohol by older men.

Even when we provided the police with the motel Sarah was currently in and the name of the man we believed to be with her, without a victim or a warrant, there was no action taken. We needed a warrant for Sarah.

In New York City, the practice at the time was to request a warrant from family court when we knew a child was in an unsafe situation, enlisting police assistance in locating, retrieving and returning her. The warrant we obtained allowed us to involve local police in bringing Sarah back that time, and a record of the warrant helped us retrieve Sarah quickly the next time she ran.

As child welfare professionals, we are tasked with keeping children physically and emotionally safe, but we are not always equipped to retrieve Sarah, or the thousands of other kids like her, from dangerous situations, including when victimized by predators. One in seven runaway children in 2018 was likely a victim of sex trafficking, but this is not the only high-risk situation. Children who run away from foster care may abscond to a situation rife with active domestic violence, substance abuse, gang violence or they may pose a threat to themselves by missing doses of essential medication. Children cannot be held against their will in most therapeutic foster care settings, even when absconding puts them at risk.

On May 7, the Appellate Division in the First Department ruled that New York City Family Court does not have the authority to issue warrants for runaway youth in foster care without a criminal basis. We celebrate this and any decision that puts fewer vulnerable, mostly black and brown children in handcuffs. As a system tasked with keeping children safe, we must develop innovative solutions to protect our city’s most vulnerable young people.

The court’s decision, written by Hon. Judge Peter Tom, states and we agree that “it has become apparent that Family Court lacks effective statutory tools to address the broader problem of serial absconders […] It seems clear that ACS [Administration for Children’s Services], with effective judicial backing, needs tools in cases such as this to maintain children […] in controlled settings where they can be administered medically prescribed medication and receive appropriate therapeutic and other services without which there is the significant and demonstrated likelihood that they will be a danger to themselves or others but who, by regularly absconding, are likely to end up on the streets vulnerable and unprotected.” What are these tools that will help us protect runaway foster care children like Sarah from ending up on the streets vulnerable and unprotected? How can we protect our courageous staff who attempt to retrieve these children? We know that the solution will be found in a partnership between social services and law enforcement, with shared accountability to keep children safe, similar to the model of the New York City Domestic Violence Task Force.

We are in no way suggesting that the antiquated model of arresting children, with or without the use of restraints, should continue. But we need a new plan for finding these kids. Solutions will not be found in silos. We are calling on Mayor de Blasio, Police Commissioner O’Neill, and the City of New York to initiate a Runaway Youth Task Force.

Child welfare staff are trained, practiced, and skilled at forging and nurturing positive relationships with young people. Law enforcement officers are skilled in protecting and diffusing dangerous situations. A model designed in partnership with the New York Police Department, the Administration for Children’s Services (ACS), former and current foster care youth, and the agencies who provide social services will allow us to deploy our expertise to prevent, support and respond to chronic runaways. These children need our protection and a solution is required now.

*Pseudonym used to protect the identity of a minor.

Jeremy Kohomban is the president and CEO of The Children’s Village. Lia Taylor Schwartz is the executive director of Connections.