Michael Brown’s death could have been avoided. Easily.

An entire government agency, the Office of Community Oriented Policing Services (COPS), exists to teach officers how to negotiate and resolve issues without resort to force. Our training, Policing the Teen Brain, teaches officers how to interact with teens as well as recognize what battles to pick and how to respond to youth compromised by mental illness.

The need for change is clear, but the will is not there. Policing teens is no one’s priority. Not police chiefs. Not police officers.

Our study of academy training programs, If Not Now, When? A Survey of Juvenile Justice Training in American Police Academies, indicates that less than 1 percent of police academy trainings make mention of juvenile justice issues. There is no “in-service” training for officers. Training that does exist is focused only on juvenile law.

There is no training for law enforcement on how to communicate with teens, or how to understand the way that teens perceive authority. Most academies do not address law enforcement agencies’ legal obligation to address disproportionate minority contact.

There are also no national standards on the subject. In our research on standards that guide police treatment of youth, only two states actually issue recommendations for best practices for interacting with teens.

Strategies for Youth has called upon the U.S. Office of Juvenile Justice Delinquency Prevention and the Office of Community Oriented Policing Services to issue national standards. We’re still waiting.

These are remediable issues but there is no political will and no insistence that lasts past a tragedy.

It also noted that when leadership has “undertaken the difficult task of improving their officers’ understanding and response to young people, as well as collaborations with community partners” those agencies have seen “these investments pay back over the medium and long term.”

Perhaps a silver lining on this very dark cloud over Ferguson will be a national lesson learned: You ignore how officers treat youth at the peril of your department’s legitimacy and your community’s safety.

Lisa H. Thurau is the founder and executive director of Strategies for Youth. 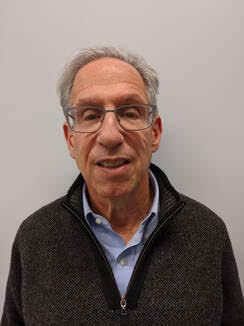