The American Misunderstanding on Addiction Continues Despite clear evidence to the contrary, about half of Americans do not believe that addictions are diseases. Photo: Flickr

A recent report by the Pew Charitable Trusts indicates that around 50 percent of the population does not believe that addictions are diseases. The respondents emphasized free choice over factors like poverty, racism, hopelessness or biology.

Fortunately, many respondents expressed empathy toward those with substance use problems. But the lack of a shared understanding of addictions as diseases – diseases that have the ability to destroy families and foster illegal behavior — hampers opportunities for comprehensive and effective intervention or prevention.

When the compelling stories of child maltreatment and rising levels of homelessness appear in the media, we rightfully seek answers about causes. What drives a parent to commit unspeakable acts against their children? What has happened to an otherwise capable and smart person that would lead them to living on a park bench? There are no singular causes for any of these unfortunate situations, but the data is clear that for many people, substance abuse is a major factor in their irrational behavior.

For decades, substance addiction has been recognized as a disease by a majority of scientific and medical groups including the American Medical Association and the National Institutes of Health. The behavioral manifestation that we call addiction results from a constellation of complex causes including genetic risks, developmental experiences, social and cultural environments, and interactions among these factors. Labeling the multifaceted disorder a disease is not an attempt to justify bad behavior. Instead it reflects our best science. Alterations in brain activity — often beyond the scope of individual influence, let alone control — enhance probabilities for illegal and illogical actions.

While there isn’t “a gene for addiction,” multiple genes combine to influence the risk for developing a substance use disorder. Many studies have been carried out over the past few decades comparing the genomes of those with and without substance use disorders. Together, this research has revealed genetic variation that helps explain why some people are more at risk for addiction. For instance, those that inherit particular forms of acetylcholine receptors are more likely to develop dependence on nicotine or other stimulants like cocaine.

Experience also plays a big role in determining risk. Prenatal exposure to abused drugs will alter brain development by disrupting neural connections and changing chemical signaling. These alterations in brain structure and function may trigger anxiety, depression and drug seeking. From these examples, it is clear that our choices are constrained by our biology.

We do not blame tone-deaf people for hitting bad notes. Though no one doubts the power of practice, some of us should never join a choir because we process sound differently than most people. In the same way that some people cannot carry a tune, and others are unable to detect certain colors, people prone to addiction are often biologically burdened with reduced sensitivity to pleasure.

At first this seems counterintuitive: if one can’t experience pleasure strongly, wouldn’t they be less, not more, inclined to seek it? Hardly. As deafness compels listeners to turn up the volume, low sensitivity to reward drives many to step hard on the pleasure pedal, and drugs of abuse certainly fit that bill.

We can appreciate innate differences in biological risk for addiction by considering this scenario: A large group of drug-naive people are given the same dosage of the same mood- and mind-altering substance. What happens? A few won’t like it at all, many will appreciate the substance’s value for occasional use, and a few will find it so pleasurable that they give up virtually all else to seek the drug and the pleasure or escape it affords.

Addictions to substances – legal and illegal – have complex implications and consequences. If we continue to think in simplistic terms about causes and antecedents, we are likely to remain tone-deaf to the ways we can remediate the widespread fallout from addictive diseases. 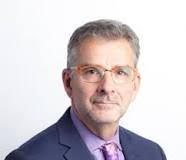 Judith Grisel is a behavioral neuroscientist and a professor of psychology at Bucknell University and the author of “Never Enough: The Neuroscience and Experience of Addictions.” Paul DiLorenzo is a human service professional who served as Philadelphia’s Director of Children’s Policy.