America needs a child abuse prevention “czar,” according to an organization that called on President Joe Biden to appoint one in the wake of its national report that urges every state to require school staffers to receive training in how to recognize and respond to suspected sexual maltreatment.

The report by Prevent Child Abuse America said school employees should be trained to be especially vigilant for signs that students are being sexually abused by other school workers. The report found that while 33 states and the District of Columbia have some sort of law intended to provide child sexual abuse prevention education, only 14 require training for all employees and all students. Few states have funded efforts to implement those laws and monitor their effectiveness, according to the report, A Call to Action for Policymakers and Advocates: Child Sexual Abuse Prevention Legislation in the States.

“We believe our report will help state and school leaders understand that the attitude ‘It doesn’t happen in our school,’ is naïve and no longer excuses inaction,” according to the report’s introduction.

The report is a follow-up to one released in 2015, and it found that many more states have enacted prevention laws in the intervening years.

Nevertheless, the report found an “urgent need” for the appointment of a national policy czar to coordinate a response to “the documented and unprecedented increase in both in-person and online child sexual abuse.” The report recommended the czar and a new interagency task force should provide regular reports to the president, the first one within 120 days of beginning work.

It also recommends that the Department of Health and Human Services establish regional resource centers around the country to promote child abuse prevention and offer training and technical assistance to states while rolling out a set of standards, best policies and practices. 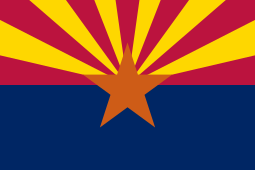