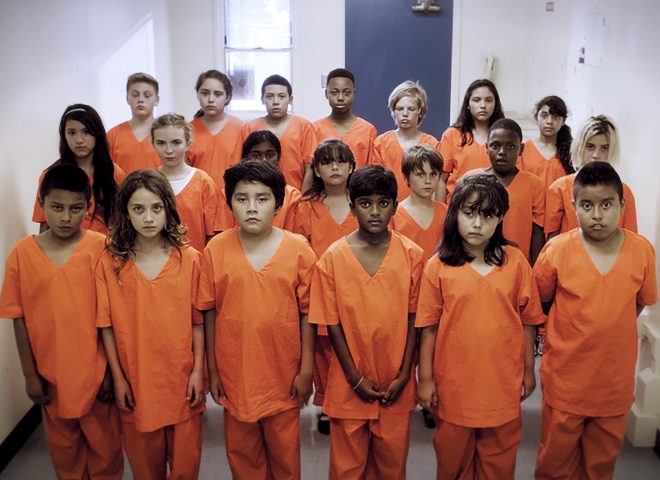 Senate Bill 439 is headed to governor after passing through the California legislature.

A bill that would largely exclude California youth under the age of 12 from prosecution is now headed to the desk of Gov. Jerry Brown (D) after passing out of both chambers of the state legislature.

Senate Bill 439 would direct counties to seek alternatives to the juvenile justice system for children 11 and younger.

State Senator Holly Mitchell (D), a co-sponsor of the legislation, hopes that the state could use a new pot of state money aimed at diverting young people from the justice system or lean on other systems to address the unmet needs of young children who end up in the justice system.

“We know that children under the age 12 don’t have the developmental maturity to weather the storm of the juvenile justice system,” Mitchell said at a recent hearing for SB 439. “The stats tell us that those who go through the system … often were not referred to the child-centered supports that they needed to heal and be well.”

California currently has no minimum age for prosecuting children in its juvenile justice system. Nineteen states have established some kind of minimum threshold for adjudication in delinquency courts, but if Brown signs SB 439, California would join Massachusetts as the only state that set the age of jurisdiction as high as 12.

There are a few changes to the bill, thanks to some last-minute amendments from the Assembly. Youth younger than age 12 who allegedly commit certain violent felonies — including murder and violent sexual assault — will remain under the purview of juvenile delinquency courts. Additionally, youth under the age of 12 must be released to a parent or caregiver if they come into contact with law enforcement because of a crime or status offense, starting in 2020.

While district attorneys in the state remain opposed to the bill, there was been some support for the bill in some quarters of the probation field in the state.

“Anything that we as a justice system can do for really young children, another child-serving system can do better. California has the opportunity to take a leadership role in protecting our young children by excluding them from juvenile court jurisdiction now,” wrote Santa Clara County Chief Probation Officer Laura Garnette, in the San Francisco Chronicle, last month.

The minimum age law follows the passage of another bill that bars California from transferring any youth under the age of 16 into the adult criminal justice system.

The deadline for Gov. Brown to sign all bills from this legislative session is September 30.