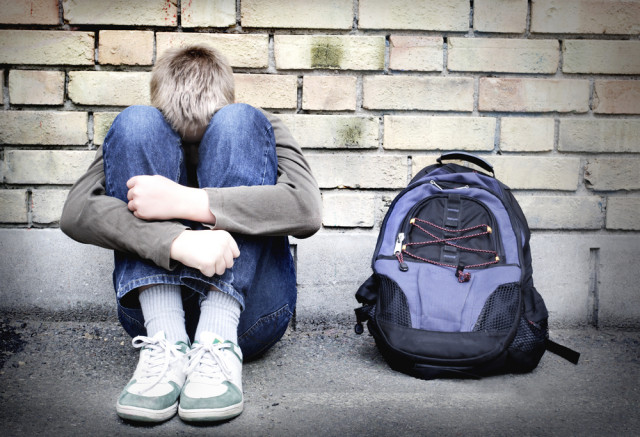 As the homeless youth population declines nationwide, California remains the state with the highest population of people experiencing homelessness overall and the highest number of unaccompanied homeless youth, according to the 2018 Annual Homeless Assessment from the U.S. Department of Housing and Urban Development (HUD).

Will Lehman, who manages youth homeless services for the Los Angeles Homeless Services Authority (LAHSA), said this number is not surprising.

“The cost of housing and shortage in affordable housing, both prominent characteristics in much of the state, has a particularly dire impact on young people,” Lehman said. “[They] are more likely to lack the resources and rental history, among other attributes, to compete with their adult counterparts for housing units.”

The lack of progress on homelessness has the state and local governments taking on new strategies to prevent families and young people from ending up on the streets.

The HUD report, based on a point-in-time count from January 2018, offers a snapshot of America’s homeless population broken down by age, race and family presence or lack thereof. In addition to counting unaccompanied homeless youth — which means they were living without a parent or guardian or children of their own — the report also tallies children who are experiencing homelessness with their families and “parenting youth” families, where the parents themselves are younger than 25.

Unaccompanied youth experiencing homelessness account for just under 7 percent of the national homeless population, which the report lists as 552,830. Nearly 90 percent were between the ages of 18-24; 4,093 were younger than 18.

Across the country, experience in the foster care and juvenile justice systems has a high correlation with youth homelessness. A 2018 report from a legal aid group in the San Francisco Bay Area found that three out of four homeless youth in the area had a history in foster care or juvenile justice, or both. Research suggests, however, that the true number of homeless youth is likely much higher. A 2017 report from Chapin Hall found that one in 10 youth between 18 and 25 experience homeless, but that half of them “couch surf” in homes to avoid sleeping on the streets or in shelters, meaning they would not be counted in HUD’s tally.

With a high cost of living and a crippling housing crisis that has become especially pronounced in recent years, homelessness has long been a pervasive issue in California. A number of efforts to bolster services and supports meant to end this trend have been cropping up at the state and local levels in recent years.

Former Gov. Jerry Brown signed a law last year directing $25 million in one-time funds to establish or expand services for youth who are homeless or at-risk of becoming homeless.

Some of this money is earmarked specifically for services directed at youth, largely those between 18 and 24 years old. The largest investment by far — with $14.5 million recommended for the coming year’s Measure H budget — is in transitional housing. This funds 550 beds, including family units for parenting youth.

Managed by LAHSA, the transitional housing program provides up to 36 months of stable housing for youth with access to supportive services. Most clients stay for between three and 12 months before moving on to permanent housing or a different transitional program, according to Lehman.

In San Francisco, voters last fall approved a proposition to raise up to $300 million in homeless services funding per year through a tax on wealthy corporations. If it survives legal challenges, the funds would nearly double the city’s budget for homeless services and housing.

In the upcoming legislative session, a new bill from Assemblywoman Eloise Gómez Reyes (D) calls for $100 million to establish a grant program to fund nonprofits and housing agencies that serve homeless and at-risk youth to fund a variety of housing supports, including rapid rehousing and rental assistance.

Several other bills focused on youth homelessness have been introduced, including one from LA-area Assemblywoman Luz Rivas (D) that would provide financial assistance for the creation or acquisition of new transitional or rental housing developments. With the legislative session just getting underway, it remains to be seen how much attention and support these bills will garner.

*Correction: This article originally misidentified Luz Rivas as a California State Assemblyman. She is an Assemblywoman. The article has been edited to correct the error.