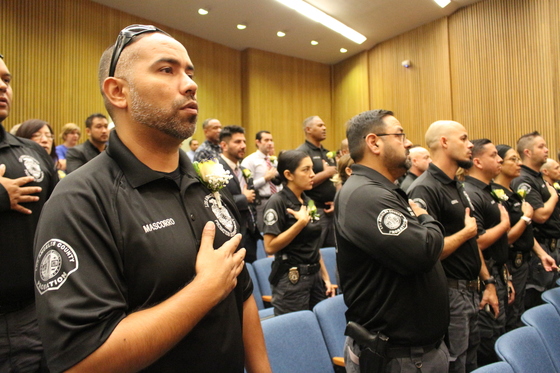 Following state reforms, Los Angeles County may be getting ready to wrest its juvenile justice system away from the county’s embattled Probation Department and place it under the auspices of a health-related or youth-serving department.

“If the county is to meet its obligation of adequately addressing the rehabilitative needs of the youth in its care, it must acknowledge that the juvenile camps and halls model is fundamentally flawed, and that housing supervision and services within an agency with a law enforcement orientation may be counterproductive,” according to a motion introduced by Supervisors Mark Ridley-Thomas and Sheila Kuehl. That would mean exploring a new home for youth probationers, either in an existing health department or in an entirely new entity that would focus on youth development.

The plan proposed by Ridley-Thomas and Kuehl would convene a host of youth-serving county agencies and departments with “the goal of creating a rehabilitative, health-focused and care-first system” for youth who enter the justice system. L.A. County Probation Chief Terri McDonald said she is committed to being a part of those conversations.

“We are proud of the reforms we continue to make including closing nine juvenile detention facilities in a little over two years and expanding a countywide trauma-informed approach to juvenile rehabilitation,” McDonald said in an emailed statement to The Imprint. “With the mission to help justice-involved youth thrive, we welcome ongoing exploration of how best to serve our young people and their families with a continued commitment to public safety.”

In June, California Gov. Gavin Newsom (D) finalized the move of the state’s Division of Juvenile Justice from the California Department of Corrections and Rehabilitation into California’s Health and Human Services Agency, renaming it the Department of Youth and Community Restoration in the process.

“The move better aligns California’s approach with its rehabilitative mission and core values — providing trauma-informed and developmentally appropriate services in order to support a youth’s return to their community, preventing them from entering the adult system, and further enhancing public safety,” the governor’s budget reads.

California becomes the 21st state where control of the juvenile justice system is under the aegis of a health or child welfare agency. Eighteen have an independent agency for juvenile justice, and just 10 states now see youth served by corrections agencies.

Merging juvenile justice with non-law enforcement bodies is not uncommon in major urban areas. In New York City, the Administration for Children and Families oversees both the city’s child welfare and juvenile justice systems; in King County, Washington (Seattle), the public health agency works in partnership with the Department of Adult and Juvenile Detention and spearheads the county’s Zero Youth Detention initiative. And in Los Angeles County, the Office of Diversion and Re-Entry, housed in the public health department, already oversees the county’s expanding pre-arrest juvenile diversion and youth development effort.

In order to find a new home for its juvenile justice system, L.A. would have to resolve many statutory, legal and budgetary questions, including how to absorb some of the youth currently under the supervision of the Probation Department. Over the last fiscal year, about 5,200 youth in the county on average were supervised in the community by the Probation Department, with an average daily population of 287 at its juvenile camps and 571 at its juvenile halls, according to the department.

Stephanie James, president of the Chief Probation Officers of California and the head of San Joaquin’s Probation Department, said that the state’s juvenile justice system has enjoyed a “historic evolution in a positive direction” due in part to the efforts of probation departments across the state.

“Probation is uniquely positioned to do the work necessary because we provide the center-point of an interlocking system of providers and are accountable to both the courts and the county,” James said in a statement emailed to The Imprint. “Any final decision Los Angeles County makes should not move us backwards but instead stay focused on continuing to find ways to enhance outcomes for the youth we serve.”

But on Wednesday, youth activists in L.A. County urged staff from the offices of the Los Angeles County Board of Supervisors to take a different path: move away from a model of incarceration under the Probation Department and toward one marked by youth development delivered by community-based organizations. That was also the recommendation put forward by the Probation Reform and Implementation Team, a panel appointed by the board to create a blueprint for civilian oversight of the nation’s largest probation department and offer other reform suggestions.

In recent months, the Probation Department has struggled with reports of excessive use of force and rampant use of pepper spray at its juvenile halls and camps, with some probation officers reportedly afraid to go to work because of turbulent conditions at juvenile facilities. In April, six L.A. probation officers were criminally charged for their use of pepper spray on juveniles.

In a draft report released on Wednesday, the Probation Reform and Implementation Team recommended that the county house its juvenile justice operation in a youth-serving or health department. It also urged the county to close its aging Central Juvenile Hall in a year’s time, along with more of its far-flung juvenile detention camps. The group suggested that San Francisco’s recent decision to close its juvenile hall should serve as a model.

In the place of juvenile detention centers, L.A. County should build smaller, home-like detention alternatives that would be located close to the communities that see high participation in L.A.’s juvenile justice system, the team recommended.

After a recent report found that about 90 percent of youth in L.A.’s juvenile justice system have a documented mental health issue, there is a push to have a health agency oversee L.A.’s juvenile justice system. But Kim McGill of the Youth Justice Coalition said an investment in youth development offers greater potential for serving the mental health needs of young people.

“Don’t think about our diagnoses as some things that we brought into the system, but as things we got from the system,” she said. “As long as we’re in a cell, we can never get well. The separation of young people from probation should not happen in a mental health continuum but in a youth development continuum that sees young people and their families in terms of their strengths and not their deficits.”

Antonio Garcia of the Anti-Recidivism Coalition said he hopes that the county is ready to offer young people in the juvenile justice system a different experience than the one while he was locked up in a juvenile detention facility, which did not occur in L.A. County.

“I spent two years sitting in my cell because they didn’t have enough staff to bring me out to school,” said Garcia, now 20.

Garcia’s experience with law enforcement started at age 13 and he was first incarcerated at age 17, he said.

“Never once did I have a probation officer come up to me and ask me what did I go through and ask how they could help me out,” he said, recalling abuse, neglect and turmoil at home.

“I grew up with not really a lot of support. I kind of had to always figure out things on my own. We need more people who are here to walk through life with you when you’re going through tough situations, not someone who’s just looking for a paycheck,” Garcia said.

The article was updated to note that King County’s public health agency does not run the juvenile justice system, though it does work to reduce juvenile detention at facilities in the county. Also Antonio Garcia was not held in a juvenile detention facility in Los Angeles County.