New York City Mayor Bill de Blasio is facing a major challenge to his overhaul of the city’s juvenile justice system. As he prepares to move dozens of teen inmates out of the infamous adult prison on Rikers Island, he’s rushing to recruit hundreds of new juvenile counselors to address understaffing while fighting a lawsuit from the corrections officers asked to temporarily fill in.

Two weeks ago, the city announced a campaign to hire 200 additional juvenile detention center staff before October 1, when Governor Andrew Cuomo’s so-called “Raise the Age” law will begin to take effect. Recruitment efforts include the creation of an upgraded title of “Youth Development Specialist” and a starting salary 20 percent higher than the current Juvenile Counselor position.

The city anticipates a significant increase in youth offenders under “Raise the Age,” a bill signed last May that means most 16- and 17-year-old offenders in New York will be considered juveniles. New York was one of the last two states to consider anyone older than 15 to be an adult in the eyes of the law; the other, North Carolina, has also approved an age-raise law.

The changes are a response to decades of scientific research finding substantial neurological differences between decision-making in teenagers and adults, as well as the greater risks of recidivism, suicide and sexual assault for youth incarcerated in adult facilities.

The new law requires New York City’s Administration for Children’s Services (ACS) to remove offenders younger than 18 from the adult corrections complex on Rikers Island by October 2018. The teens will be housed in one of the city’s two youth detention centers, Horizon Juvenile Center in the Bronx. The specialists hired through the campaign will join the staffs of both facilities, tripling the city’s number of juvenile counselors within the next two years.

The new job description for specialists reflects the city’s shift in its approach to juvenile justice, focusing on social and emotional development and rehabilitation rather than punitive detention. While the previous role of Juvenile Counselor prioritized “constant supervision” and “preservation of safety and security,” the revised title calls for “skill-based therapeutic interventions” and “a calm and supportive environment.”

“We expect our staff to not simply monitor youth, but to engage with them, mentor them, and serve as role models in an attempt to turn young lives around,” ACS Commissioner David Hansell said in a press release.

Anthony Wells, president of the Social Services Employees Union Local 371 representing the city’s juvenile counselors, praised the staffing increase but pointed out that the position has a history of poor retention. “Not too long ago, [ACS] had over 500 counselors. Now they’re down to 194,” said Wells. “So that’s a hell of a turnover rate.”

Horizon’s current staff is the subject of an investigation, stemming from a recent lawsuit filed by a former detainee alleging that one counselor had given him special privileges in exchange for sex. 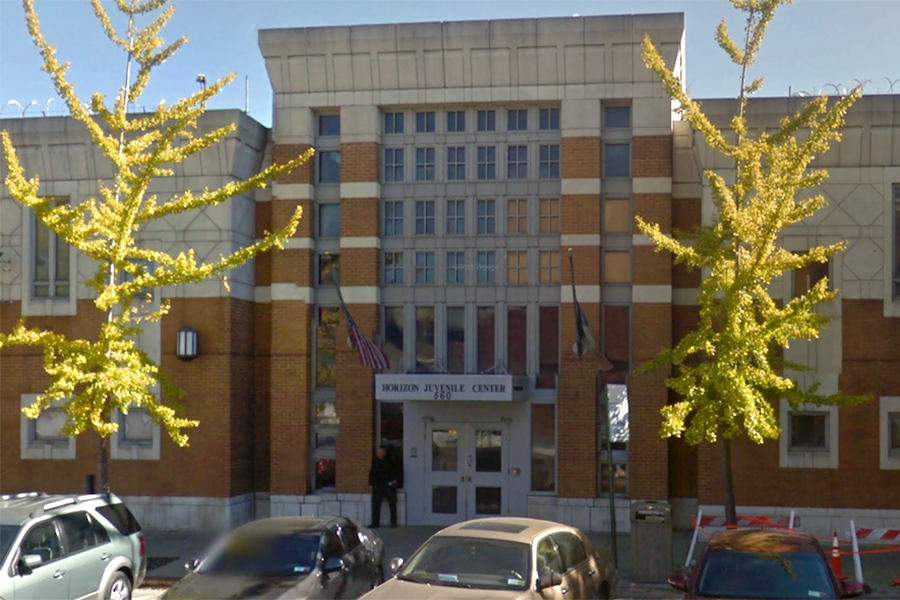 The plan is to move teens at Rikers Island to a juvenile detention center. The question remains who will staff the facility in the near term. Photo by Passages Academy

De Blasio has proposed using Rikers Island guards as a stopgap until the juvenile counselor hiring campaign is successful. But both youth advocates and unions representing the guards have been highly critical of the idea of corrections officers working in the ACS detention centers.

“Four years ago, [the mayor’s office] said we had the fight club. They said we were abusing the 16, 17-year-olds,” Elias Hasamudeen, president of the Correction Officers’ Benevolent Association (COBA), said in a press release. “Now we’re here four years later and we’re hearing things like, ‘We’re the best equipped, we’re the best qualified.’ You can’t have it both ways.”

In late May, COBA, the Correction Captains Association, and the Deputy Wardens Association filed a lawsuit to prevent their members from being involuntarily transferred to ACS facilities.

“A lack of planning on the Mayor’s part should not constitute an emergency on municipal Unions’ part,” the petition read, alleging “a campaign of union busting in a manner unseen in the City for decades, if ever.”

On June 1, a Queens County Supreme Court judge granted the unions’ initial request, handing down a temporary restraining order that halted de Blasio’s staffing plan. The correction officers’ unions will be back in court next week to urge further revisions.

“Correctional officers should not be working in ACS locations,” said Wells, who supports the officers’ suit to postpone Raise the Age until the shortage of juvenile counselors can be resolved.

However, some proponents of Raise the Age have said that delaying its enactment over the guards’ involvement is a “terrible mistake.”

“We want to move ahead with the implementation and do whatever it takes to get started,” said Jeremy Kohomban, a prominent child welfare advocate and the leader of Children’s Village, a nonprofit that contracts with the city to serve vulnerable youth and families, including certain teen offenders.

In the meantime, both Kohomban and Wells said they are eager for the city’s recruitment campaign for Youth Development Specialists to prove effective.