So what is actually in this thing? Youth Services Insider pored over all 103 pages of the law. Here we begin a full, three-part breakdown of its two major sections and all of the additional provisions inside Family First.

The central feature of the bill is that states will now be able to use funds derived from Title IV-E of the Social Security Act – the entitlement that pays for child welfare – for “time-limited” services aimed at preventing the use of foster care in maltreatment cases. Currently, IV-E is only allowable for spending on foster care placements and for assistance to adoptive families. 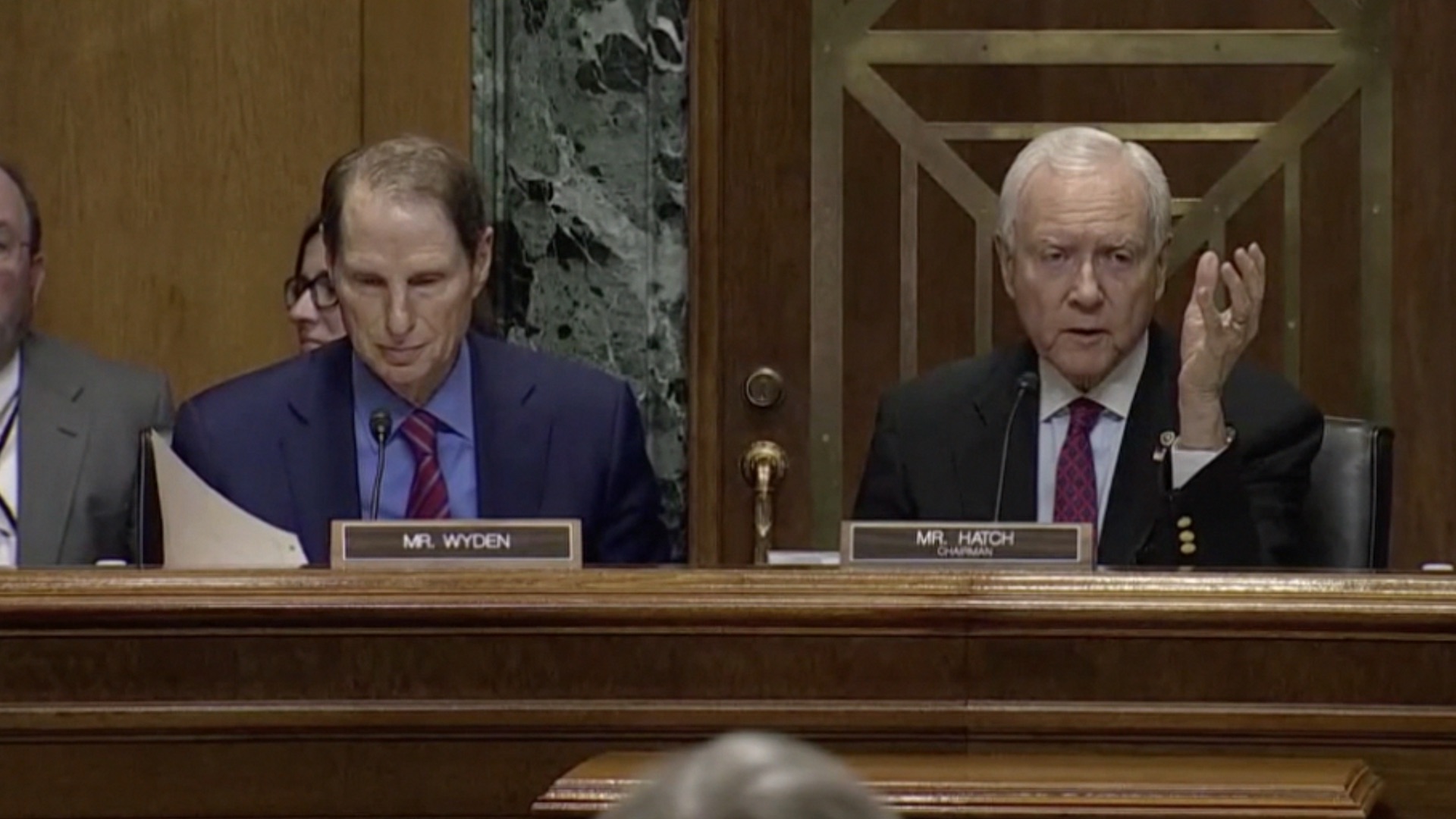 What types of services are we talking about?

There are three areas of services that states can spend this money on:

Who is eligible for these new services?

There are two groups:

What makes a child a “candidate for foster care?”

A child who would have to enter care but doesn’t “as long as” Family First Act services are made available.

Does this only apply to birth parents?

No. The candidate status applies to a child whose adoption or guardianship status would be disrupted or dissolved without these services.

So a worker just says, “You’re a candidate for foster care,” and then the tap turns on?

Not exactly. There needs to be a formal prevention plan in place for foster care candidates, and that includes:

For pregnant teens, a strategy must have a list of services for the youth, and the “foster care prevention” strategy for any child born to them.

The law also invites the Department of Health and Human Services (DHHS) to add further requirements to the prevention plan process, so this could change.

What does “time-limited” mean, how long do states have?

An agency can spend IV-E on prevention services for 12 months. The clock starts the day a child is identified in a “prevention plan” as a candidate for foster care, or when they are listed on a prevention plan as being pregnant or parenting.

Can this new program be used for any services that address mental health, substance abuse or parenting challenges?

No. Any allowable service must check a few boxes off in terms of efficacy.

First, there are general practice requirements. There must be a manual specifying the components of it. The preponderance of outcome measurements for it must suggest a clear benefit, and there can’t be any “case data suggesting a risk of harm that probably was caused by the treatment and that was severe or frequent.”

Second, any services must meet one of the following three thresholds:

Promising Practice: “Superior to” a comparable practice using conventional standards of statistical significance. This must be borne out in an independently reviewed study that used “some form of control” group (a placebo group, a waitlist, or a group of untreated people).

Supported Practice: Same, but has a random-controlled trial or a “rigorous” quasi-experimental design. Must demonstrate sustained effects for six months beyond end of treatment.

Well-Supported Practice: A sustained effect for “at least one year beyond the end of treatment.”

HHS will develop the formal standards for determining which services count under these three classes. The deadline set in Family First for that is October of this year. To get a sense of what the likely programs and models are, though, you can check out the California Evidence-Based Clearinghouse for Child Welfare, which is the template for this section of the law.

Of the 433 programs cataloged in the California child welfare clearinghouse, 210 have achieved one of these three ratings.

But there is a caveat. Half of state expenditures in this area must go toward “well-supported practices,” the highest ranking of the three classes. Very few services have this status under the California Clearinghouse, so the hope is that this program will help drive the evidence and evaluation of more strategies and models.

How much is the federal government kicking in?

Fifty percent from 2019 until 2026. After that, the federal match for time-limited services is pegged to the federal medical assistance percentage.

For most states, this will mean more federal participation, especially in states with the highest concentration of low-income families.

Do states have to provide these services using IV-E funds?

Nope. The law makes several references to states “electing” to participate. For states that do, though, it must become a component of their overall IV-E state plan.

There is a long list of requirements for this plan, but in a nutshell: states must show in writing that they have a system for choosing, implementing and evaluating the time-limited services, and that caseworkers are trained to administer them.

While Family First money cannot be used to pay for training kinship caregivers or caseworkers, states can get a 50 percent match for training and work related to developing the state plan.

Since process of evaluating these programs is required in the state plan, it appears that the cost of these evaluations will be split 50-50 between the states and the federal government.

Some or all states are probably already spending money on this right now. Can this money replace that funding?

They can replace how those services were funded before, but not how much it was funded.

Under the maintenance of effort rules for Family First, a state must spend on “foster care prevention” what it spent in fiscal year 2014, 2015 or 2016 (whichever is favorable to the state).

The definition of “foster care prevention,” for the purposes of this law, is funds spend on preventing the need for foster care under state or local programs, or under other federal funding streams such as the Social Services Block Grant, Temporary Assistance for Needy Families and Title IV-B of the Social Security Act.

States will have to submit and be able to defend their maintenance of effort baselines against review by HHS.

There’s an income test under Title IV-E still for foster care maintenance payments. Is that true for the time-limited prevention services?

Nope. These can be administered in the case of any family where the “foster care candidate” status is valid.

Sometimes relatives will need to take a child in while the parents get help. Does Family First provide financial assistance to these relatives?

It does not. There was assistance written into earlier versions of the law for kin, but as the bill was negotiated and pared down cost-wise, those provisions did not survive. The act does offer to federally match state spending on kinship navigator programs, which are one-stop shops to assist kinship caregivers.

So what happens if the time-limited services don’t work?

If the child is staying with relatives, and the prevention services have not succeeded, the likely first preference of the system will be to keep the child with the relative on a longer-term basis. This could occur informally; the relative could become a licensed foster parent or could either adopt the child or enter into a guardianship agreement.

One concern some had about Family First is that there is a great fiscal incentive for the state to steer things toward an informal custody arrangement. If the child enters foster care, that will cost money, and so would a guardianship or adoption that followed.

This means that if a parent fails to get to the point where a system is okay returning the child, financial help for the kinship support network of that child is contingent on him or her entering foster care.

Family First does essentially guarantee that if the system places the child in the foster care custody of a relative, the state can draw in federal money to help with those foster care payments, as long as the birth parent’s income would have originally qualified the child for federal reimbursement.

What about programs that allow a child to live with a parent while they get residential treatment for substance abuse?

If a child is reimbursable under the IV-E foster care income tests, then a state can seek IV-E reimbursement for a child placed in such a facility. There must be a formal recommendation made for the placement, presumably by a judge, and the facility must provide parenting and counseling sessions, in addition to rehab.

Is the federal government going to help states gear up for this?

Two avenues on that front. First, the law instructs HHS to “provide technical assistance” and disseminate best practices, including on how to do a rigorous evaluation of time-limited services.

Second, either housed at or paid for by HHS, there will be a clearinghouse to evaluate and highlight the data and outcomes associated with services in this space. This will include at the very least information on if a program has been shown to reduce maltreatment, and if it has reduced the likelihood of foster care placement.

HHS will also be on the hook to report to the committees with jurisdiction on Family First: The Senate Finance Committee and House Ways and Means. This requirement includes the nebulous “periodic reports” caveat. Whenever those reports come out, they will be public.

When does all this start?

A: The new funding kicks in in October of 2019. Plans for HHS to develop technical assistance and a clearinghouse are effective already, with the earliest deadlines for rule making coming in October of 2018.