As I discussed in my post last week on funders helping foster youth age out successfully, the Conrad N. Hilton Foundation is a significant funder in this arena, and definitely one to keep a close eye on if you are wondering about their future funding for child welfare. While the Hilton Foundation does not accept unsolicited grant proposals, it sees itself as a “proactive grantmaker” that initiates and develops “long-term projects and partnerships to help us deliver maximum impact.” Its support of iFoster, for example, a web platform that helps foster kids keep their documents organized, shows how the foundation seeks out and supports new ways to help foster youth. 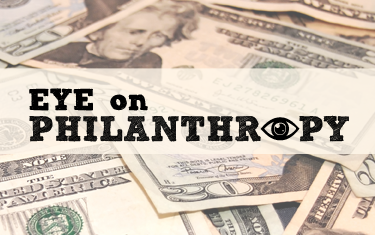 Let’s back up and review some recent history at the foundation in order to understand what’s happening. In 2007, Barron Hilton, chair of the foundation’s board, announced that he would bequeath the bulk of his estate to the Hilton Foundation. In 2010, Hilton reiterated his commitment while signing on to the Giving Pledge. In 2012, Barron Hilton retired from his position as board chair and his son Steven Hilton assumed the role of board chair and CEO. In 2014, Steven Hilton announced his planned retirement, and the foundation commenced a search for its new leader, ultimately choosing Peter Laugharn, who comes from the arenas of global health and development, and most recently led the Firelight Foundation.

As the first non-family member to take the helm at Hilton, President Peter Laugharn will be guiding a new stage of planning and strategizing. Upon taking his job, Laugharn provided a letter to the community, which highlights that anticipated funding for the Hilton Foundation will approximately double at some point in the future, rising to $5 billion from its current $2.5 billion, due to the infusion of Barron Hilton’s pledged funds. “This year will be a time of reflection, exploration and planning,” said Laugharn in his letter. “I am personally committed to following Conrad Hilton’s advice to ‘Dream Big’ when it comes to the Foundation’s mission.”

As indicated by the foundation’s most recent financial data, when assets from Barron Hilton’s two unitrusts are combined with current assets, Hilton will be one of the top 20 foundations in the U.S, based on ranking for total assets. This is partially due to the increased value of the foundation’s endowment from 2013 to 2014, and to an increase in the value of Barron Hilton’s assets. When combined, assets for the Hilton Foundation will exceed some of the longstanding big players in philanthropy including the Kresge Foundation and the Rockefeller Foundation, putting Hilton more in line with the size of Bloomberg Philanthropies. So what will this mean for the foundation’s initiatives? I asked Peter Laugharn this question in an email, and got this reply:  “These are still early days in my tenure as President and CEO at the Hilton Foundation. I am still learning a lot about the work of our grantees, while considering our future growth. I look forward to sharing my findings and thoughts about our evolving strategies later this year.”

In the meantime, a look at Hilton’s current funding for foster youth shows a range of grants that are committed several years into the future, some as far as 2019. A $2.5 million dollar grant to the Research Foundation of City University of New York, made in July 2015, will go toward “establishing and enhancing college pathways that will increase graduation rates among foster youth.” This grant will be distributed through June 2019.

Other major grants for foster youth services include a $1.5 million dollar grant made in January 2015 to United Friends of the Children, which will use the money to “support the College Readiness Program, which helps foster youth graduate high school and continue with success in college.”

Hilton also made grants of $675,000 in 2015 to two different organizations: Public Counsel, which provides support in the form of legal assistance and systems advocacy for foster youth in Los Angeles County; and The Door, in support of the Academy program, which provides education, college access and employment help for foster youth in New York City.

One other large grant for foster youth from The Hilton Foundation in 2015, a $1,050,000 grant, went to The Alliance for Children’s Rights in Los Angeles, which provides support similar to The Door, aimed at giving more education and employment access to L.A. County’s foster youth.

The Hilton Foundation has also been a key player in addressing homelessness, and recently brought together a number of new players to commit to a five-year plan to address this problem. This may be an important indicator of the foundation’s ongoing commitment to vulnerable youth, since youth homelessness has been a growing issue in recent decades, particularly for already-marginalized populations like foster youth, LGBT youth, and formerly incarcerated youth. While Hilton’s emphasis in addressing homelessness has been specifically on the chronically homeless, it’s important to recognize that a large piece of preventative work in this arena relates to supporting marginalized youth and youth who have experienced trauma.

True to the new style of leadership, Peter Laugharn has been active on Twitter lately, talking about some of the important initiatives that the foundation supports in the areas foster care, homelessness and substance abuse treatment. Over the coming year, we will be watching for new grantmaking directions at Hilton, and will check in with leadership for a fuller picture soon.