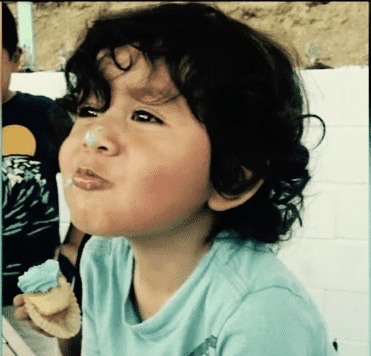 The boy died on July 6, a day after his parents had called 911 to say that he had drowned. But, at a press conference days later, L.A. Sheriff Alex Villanueva said the boy had “what looked like a trauma on the body inconsistent with what the explanation was for the cause of death.”

As first reported by The Los Angeles Times, workers for the county’s massive Department of Children and Family Services (DCFS) disregarded a May court order to remove the boy from his parents’ home. This and the family’s repeated interactions with the agency, have left many questioning the degree to which DCFS is responsible for the boy’s suspicious death, which has been further clouded by the Sheriff’s murky, ongoing investigation.

But Michael Nash, the OCP’s executive director and the author of the just released report, said that DCFS “ultimately did the right thing,” in regards to not executing the warrant to remove Noah from his parent’s home.

“The social worker [who had requested the removal order in the first place] thought something was wrong and she may have been right,” Nash said. “But we don’t know, and the fact of the matter is – as I point to – to take this particular course of action you need evidence and specific articulable facts to take the action you want to take. And I don’t think she had that, and the department didn’t either.”

DCFS Director Bobby Cagle, who was hired in 2017 to succeed Philip Browning, was contrite in responding to Nash’s findings.

“Although the investigation completed by the Office of Child Protection did not necessarily find fault with our Department, we know that there are still areas as indicated in the report for us to strengthen,” said Cagle, in a statement released Wednesday by DCFS. “DCFS workers must continuously weigh the information they have gathered as part of their investigation. This is a great responsibility that we do not take lightly.”

On May 15, Noah’s maternal great grandmother (MGGM) called the child abuse hotline claiming that the boy’s maternal aunts had said that:

“Father beats Mother in front of the children and sometimes throws them out into the street. Further, the MGGM said that Noah spent the night at a maternal aunt’s home and woke up screaming in the middle of the night. He also told the maternal uncle that his butt hurt, and the uncle told the aunt that Noah was being sexually abused.”

While Nash said that these are “pretty serious” allegations “that will get your attention,” he pointed out that they didn’t meet the burden of evidence to remove the child. Instead of investigating these allegations, the social worker assigned to Noah’s family filed an affidavit with the juvenile dependency court asking for a warrant to have the boy removed that same day, May 15.

“There was disagreement among the emergency-response and continuing-services staff about the filing of the removal order. An attempt was made to withdraw it, but it had already been signed by the court,” Nash’s report reads.

By May 20, the social worker and two other DCFS workers had interviewed the maternal aunts and Noah’s parents. The aunt denied alleging abuse to the grandmother, and the parents denied the abuse had happened.

On May 22, five DCFS workers, including the assistant regional administrator overseeing the Lancaster office, held a meeting and agreed not to execute the order. Instead, “it was agreed that DCFS would facilitate a child and family team (CFT) meeting with the family. Unsuccessful attempts were made through July 5 to schedule a CFT.”

While Nash found no wrongdoing in DCFS’ handling of Noah’s case, the report outlines four years of serious allegations against Noah’s parents, which beg fuller public understanding. A footnote sadly adds that both the mother and father were subjects of DCFS investigations when they were children themselves.

The Sheriff’s Department’s investigation into Noah’s death is ongoing and opaque.

“There are no new updates that I can provide regarding the Noah Cuatro case,” said a department spokesperson by email on Tuesday.

This article was updated on September 11.