Several years ago, the Lummi Tribal Council told Diana Phair, the executive director of the tribe’s Housing Authority: “We have 200-some children in foster care. We need to bring our children home.”

What would it take, Phair next asked tribal members of the nation that sits on Washington’s Pacific coast near Canada, to keep their families healthy and whole, and far from the risk of being separated by child welfare authorities?

With their input, she and her colleagues devised Sche’lang’en Village, a novel housing arrangement for parents seeking to reunite with their children in foster care, homeless families, those overcoming addictions and women fleeing domestic violence. The sliding scale, low-cost, drug- and alcohol-free housing project, would be infused with social services, allow for indefinite stays and have a stated and intentional purpose: To preserve and protect Native American families by providing an opportunity for families to make transformational life changes.

“What we’ve got here is kind of hard to believe,” said Diana Jefferson, one of the newest residents of Sche’lang’en Village, which opened in 2017 and means “way of life” in Lummi. Jefferson, who moved in with her partner a couple of months ago, has three of her four children back from foster care and living with them, and expects her fourth to return by August. “I don’t think I could have gotten my kids back without it,” she added, “or it would have taken a lot longer.”

The Sche’lang’en Village is centrally located on the reservation, walking distance to health care and other services. Off a main road, tucked between two groves of cedar, birch and alder trees, it currently houses 34 families with more than 100 children.  About 10 of those families currently are parents reunited with their children after losing them to the state foster care system. Six village elders and a counselor also live in the community of 45 multi-and single-story houses, clustered in pods of three and four that line the arc of a single street.

At the housing development’s heart is a community center overlooking one of two playgrounds, where counseling, after-school classes and weekly resident meetings are held. A community garden filled with peas, tomatoes and squash, grows at the village entrance, next to where the tribal elders live.

With Native Americans’ rights to protect their children under assault in federal courts across the country, Sche’lang’en Village has quietly grown since 2017. And despite the added challenges posed by the pandemic, the community is close to its capacity of housing 36 families.

Jefferson, 29, lost her kids to state custody in 2019 after her mother died. They no longer had a home, and she started using drugs, she said. Her kids, who are now between 5 and 11 years old, were put in the care of relatives and friends on the reservation while she and her partner got clean, but the separation was heartbreaking. While in an outpatient program on the reservation, she heard about Sche’lang’en Village.

Jefferson, who has been sober going on eleven months, said her three children living with her full time love the new three-bedroom house. She also appreciates being in an all-Native American community: “We know where we come from and have the support to support each other.”

After centuries of government policies that destroyed Native families and communities by forcing American Indian children into boarding schools or into adoptive homes with white families, the U.S. Congress passed the Indian Child Welfare Act in 1978. While the protections have been vital, the central tenets of the act known as ICWA are now under threat like no time in recent history in the federal courts, as The Imprint reported in May.

In Washington state, ICWA remains intact, as does the Washington State Indian Child Welfare Act, Washington’s state counterpart, which allows federally recognized tribes to handle or be involved in the child welfare cases of their members as well as those living off reservations. Even with those protections, the number of Native American children in foster care in Washington is higher than the national averages. In 2019, they were roughly 3.2 times more likely to be in state care, compared to roughly 2.7 times across the country, according to the most recent statistics from the National Council of Juvenile and Family Court Judges.

The state still has extensive work to do to address ongoing harms, because its past removal policy “caused — and continues to cause — lasting trauma for both individuals and tribes,” Washington State Supreme Court Justice Raquel Montoya-Lewis wrote in an opinion last year.

For Victoria LaClair, 33, who’s been at Sche’lang’en Village for six months, living in a place where she is surrounded by her tribal heritage has been key. Her children can learn the Lummi language, songs and dances in reservation schools. And when they are a little older, she said, she hopes to get them into programs where they can participate in canoe racing or the annual “canoe journey,” a traditional tribal celebration that holds deep cultural significance.

LaClair lost her children to foster care after she suffered severe postpartum depression. Shortly thereafter, her father died, and she became homeless and began using drugs. Initially, her children, who are now between 4 and 11 years old, stayed with nearby relatives. But by 2017, they’d been scattered geographically and were living with distant relations and non-Native foster families.

“That was my biggest low,” she said. “Knowing that my kids were split up.”

LaClair enrolled in several traditional treatment programs, and after completing them, spent several months at the Lummi Reservation smokehouse, a cultural and religious retreat that helped her with her commitment to staying sober. After all the tumult in their young lives, “at Sche’lang’en, my kids are able to be kids,” she said.

A year after its 2017 completion, the community was dubbed a “best practice” by the federal Office of Native American Programs, which administers housing and community development programs that benefit American Indian and Alaska Native governments.

“It’s a terrific model, something that other tribes with similar needs could and should consider,” said Tom Carney, the administrator of the Northwest Office of Native American Programs, who has worked in the field for 17 years. Carney also said Sche’lang’en Village is the only program he’s aware of that reunites families with foster children in this way.

The Native American Programs website currently lists a half dozen other “best practice” projects across the country, including sites in Alaska and Minnesota. Lummi administrators reported to the program that in its first year, the village retained more than 85% of families and there were no calls to law enforcement. Phair said that over the years, “the rates have remained pretty much the same.”

John Plummer, a clinical psychologist who helped create the village has counseled residents since it opened, said there are other ways to measure success. Are the children playing freely together? Are residents growing and changing? Do neighbors talk and share?

“The Native American population has been studied enough and used enough and not portrayed in a good light,” he said, “so we need to stay away from that.”

Plummer collaborated with executive director Phair to create the architectural design that would facilitate the village’s goals: The houses are clustered in quads with front doors and back porches facing one another to increase residents’ interactions. A canopy connects the buildings and provides a common space to socialize outside — even when it’s raining as it often does in this part of the country.

Another key design element is that the community is gated, with nonresidents vetted and approved before being added to the list of visitors. This design feature was a request of residents, in order to establish boundaries with friends or family who are actively abusing drugs and alcohol.

The selection of residents is also intentional, focused on those willing to transform their lives. Plummer, Phair and Shawnee Kinley, the transformational coordinator who is both an administrator and “den mother” for the community, gather once a week to discuss residents’ progress and pressing admissions and occupancy issues. Families can live at Sche’lang’en as long as they want, provided they are meeting their obligations to the community — staying drug-free and sober and attending the weekly meetings for all residents as well as the separate gatherings for men and for women. They pay 30% of their income for rent and utilities, with a cap below the market rate.

Many referrals come from service providers on the Lummi Reservation, but some come from other places. One recent resident fled an out-of-state violent partner who assaulted her, Phair said.

Still, COVID-19 and the required precautions have had a devastating impact. “It shut down the whole interaction among people, the very basis of the community,” said Plummer, the onsite psychologist. “People weren’t meeting. The playground was shut down. As a result, there were mental health relapses.”

Only now, with vaccinations growing, and the loosening of social restrictions to prevent infection, the community has begun meeting in small groups, he said.

Chris Messer, 74, was one of the first elders in the Village, recruited from a nearby Lummi housing complex to join the community. As an elder, she acts as the “eyes and ears” of the community — often informally counseling her neighbors. “I tell them, I’ve got big ears and soft shoulders,” she said.

That’s harder to do when the community doesn’t meet regularly, but still, she finds ways to connect. If she sees someone who looks depressed, Messer said she’ll offer to pray for them, or she’ll take the more direct approach: “I say, open up, spill the beans.”

This article was updated on July 27 with the most recent statistics from the National Council of Juvenile and Family Court Judges. 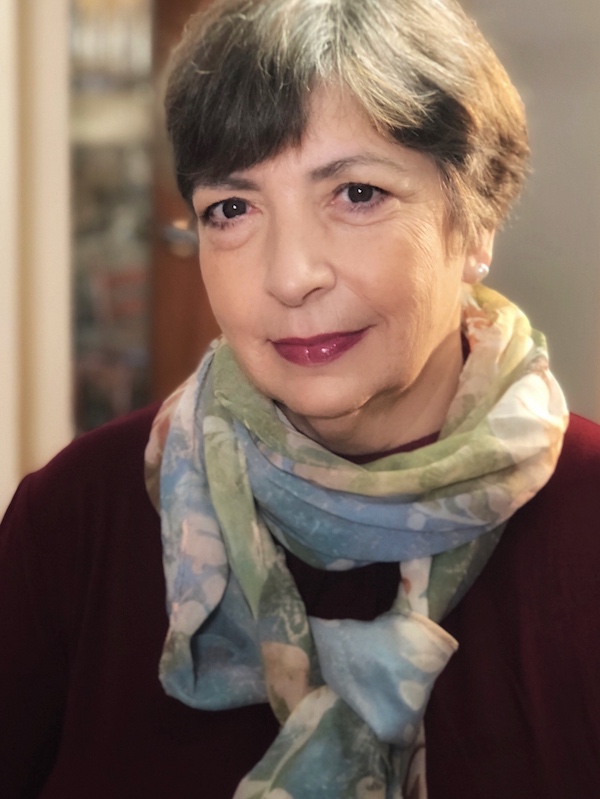