As a field, we are fond of saying that child abuse and neglect cross all economic strata, but we know that it is not reported or handled equally or proportionally across all strata, as reflected by the children and families involved in the child welfare system. There is also a common refrain among many in the field that we should create a system that is “good enough for our own children.”

While the sentiment is earnest, we know that for most of us, the system will never be truly good enough for the children in our own lives. The truth is, for most people of certain socioeconomic standing and race, removal of a child to foster care is not a reality they will ever face — whether warranted or not.

Moreover, to make that statement and mean it requires a fierce urgency in making the changes necessary to bring such a system to life. Should the improbable happen and a child in one of our lives require placement in the child welfare system, incremental improvement would never be satisfactory. It would be unacceptable. Jerry Milner, associate commissioner of the U.S. Children’s Bureau at the Department of Health and Human Services. Photo: Brookings Institution

Yet, as a field, we seem quite comfortable with very small, incremental improvements and minor tweaks to the way we operate — tweaks that often benefit the operators more than those living the experience; tweaks that may not result in noticeable improvements in the way children, youth and parents experience the system at all; and tweaks that are not likely to mitigate the need to enter the system. We have to be honest in examining why we allow this to be so.

We have to be honest that a large part of the problem is the way we see and judge families that make contact with the system. We see poor and vulnerable families as the “other.”

The role that poverty plays in child welfare decision-making is a topic that has yet to be meaningfully confronted and addressed. Poverty is a risk factor for neglect, but poverty does not equate to neglect. The presence of poverty alone does not mean a child is unsafe, unloved, or that a parent lacks the capacity to care for his or her child. Poverty can make it more challenging for parents to meet certain of their children’s needs. We must be resoundingly clear that a child should never be removed from his or her family due to poverty alone.

We must also be very clear that poverty is disproportionately present in communities of color and that this fact carries direct implications for child welfare.

Overwhelmingly, the faces of the children, youth and parents involved in child welfare are black and brown or very poor and white — people who data tell us are more often economically vulnerable or disadvantaged. Most of the reasons for child welfare involvement fall into what we call “neglect” rather than physical abuse or exploitation. Our most recent child maltreatment data tell us that 60 percent of victims have a finding of neglect only.

There are different types and definitions of neglect around the country. Neglect can take the form of failing to attend school and not keeping up with necessary medical care. It can also take the form of not meeting the emotional needs of a child. More times than not, poverty and struggles to meet the basic, concrete needs of a family are a part of the equation in all types of neglect. Substance use and or mental health challenges can exacerbate or perpetuate these challenges, but these conditions are not always present.

Rather than seeing these root causes with clear eyes, calling them out, and taking them on with intention, we remain stuck as a system and society that focuses on the harmful aftereffects, often casting blame on vulnerable families for their very vulnerability. Rather than trying to prevent poverty and the many challenges associated with poverty, such as social isolation and lack of meaningful opportunities and support, we search for increasingly sophisticated evidence-based interventions to treat the trauma or “fix” the symptoms arising from a family’s inability to meet their children’s fundamental needs.

We believe this must change.

For the past two-and-a-half years, we have listened carefully to the stories of parents struggling to provide for their children while trying to keep the threat of child removal at arm’s length. Sometimes they are successful, and sometimes they are not. We have also visited programs and learned of efforts across the country that are committed to making sure families have the help and support they need, before, during and after the crisis arises — the most impactful of which focuses on preventing the crisis from arising in the first place. 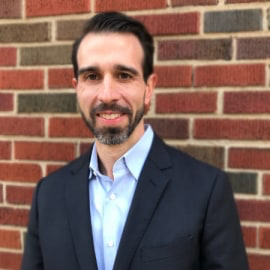 Many of the stories and programs speak directly to or reside at the intersection of poverty and neglect. The consistency with which poverty has been a leading part of the story parents tell is eye opening but sadly not surprising. The following are some of those stories:

A young mother had to make a difficult decision on whether to use money for a flat tire she got on her way to work soon before her rent was due, knowing that she would not be able to pay for both. She needed the tire to drive to work to earn money for rent and to meet her child’s needs.

Young parents who are foster care alumni incurred a burdensome debt while trying to earn an education critical to landing good jobs, while holding down very low-paying jobs and meeting the basic needs of their children.

Children were removed from their parents due to chronic homelessness or housing instability.

The children of a young, single mother were removed solely due to an eviction. She had hoped that the system would rally to help her find decent, safe housing only to be told “you must comply with this or that in your case plan in order to regain custody.”

Countless parents knew they needed help but did not have the means to obtain it on their own and were afraid to ask for it for fear of removal.

Parents were required to pay for certain services or drug testing they could not afford and had that inability to pay used against them as failure to comply with a case plan, preventing them from regaining custody of their children.

Each of these examples brings the challenges of poverty and lack of resources or support into acute focus. Absent such challenges and scarcities, odds are less that the families in the examples would make contact with the child welfare system.

On the other hand, we have also seen exceptional efforts to address basic, poverty-related issues before and after child welfare intervention becomes necessary. We have seen common-sense, kind and effective efforts to assist families to overcome poverty-related challenges and stay together. The following are a few examples:

A community adoption agency took on the prevention mantle by rallying around a family at risk of losing its children by lining up safe child care, bringing meals to the family, and securing rent to head off an impending eviction.

A tribal Early Head Start and child care program provided children with a safe, educational environment while their parents learned about child development, received job training and sometimes even became employed as teachers and aids within the program.

A judge ordered a child welfare agency to pay for a necessary repair to a septic tank that would otherwise leave a home uninhabitable and a family separated.

A parent attorney successfully argued that supplemental security income death and disability payments be made to a mother positioning herself for reunification instead of the child welfare agency so that she would not lose her apartment.

Several subsidized housing programs operated within the child welfare system by both public and private agencies provided stable housing and support for youth emancipating from foster care to help prevent them from becoming homeless, allowing them to save money and to get an education. Some programs also provided housing to parents who have been or are working to reunify with their children or who are at risk of losing their children.

These are two very different sets of examples and two very different types of stories that should be instructive to all of us on what is necessary to reimagine a child welfare system focused on strengthening the capacities of parents to keep their children safely at home. By investing heavily in the second set of examples, we can profoundly reduce the incidence, number and severity of the first set of examples.

We also must be clear about the likelihood that parents who are dealing with housing emergencies or food scarcity will be able to benefit from evidence-based services that require regular attendance or completion of a predetermined dose or number of sessions. Will the parenting classes or therapy, even if well-supported by the evidence, take or be sustainable when a parent does not have a place to live, a steady income, or a way to feed their children?

Committing to a system that takes on poverty-related neglect in humane and effective ways requires active partnering with public and private entities that can, collectively, create the conditions where families can thrive and children are free from harm. It requires partnership with communities that know and understand the needs of their families and children. And, it requires a willingness to rally around families that are vulnerable and struggling with poverty, rather than judging them, labeling that vulnerability as neglect, and pathologizing them.

If we truly care about children and families, it’s time to stop confusing poverty with neglect and devote ourselves to doing something about it.