On Group Homes, California’s Struggles are a Harbinger for Family First Act 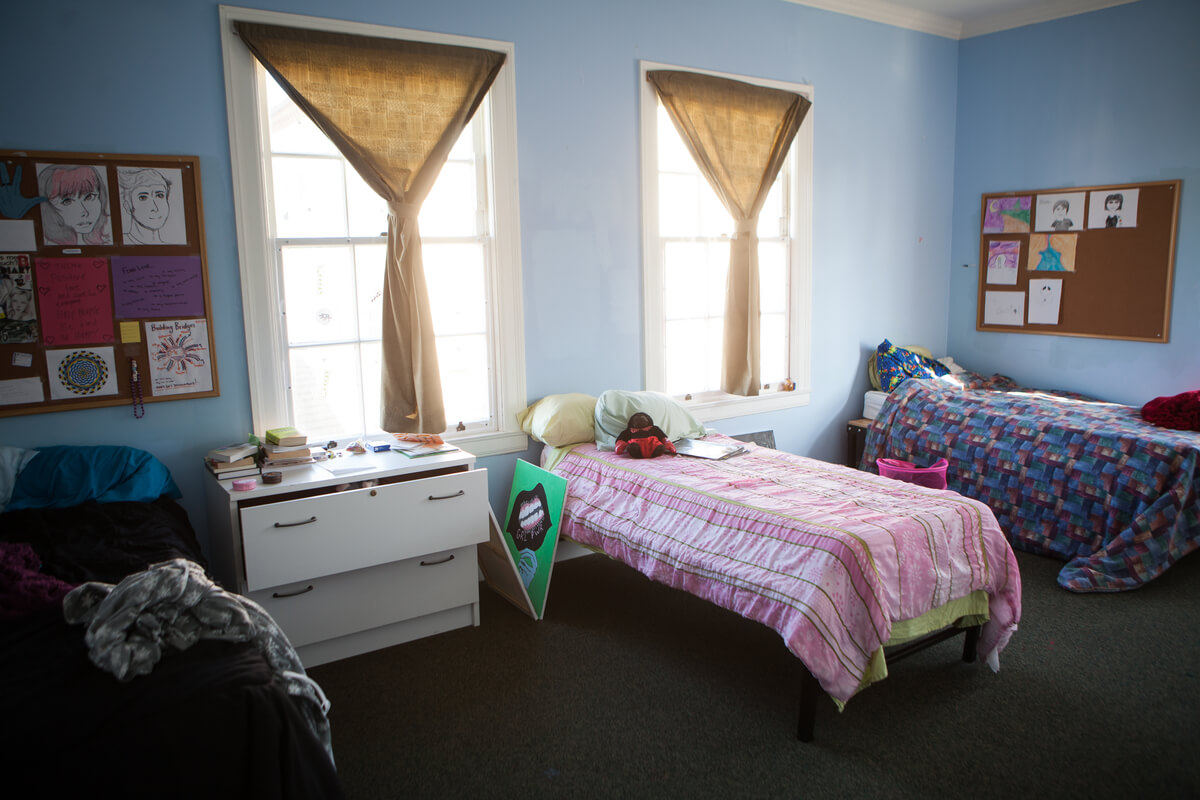 A bedroom at Edgewood Center for Children and Families, a large group home in San Francisco. Photo by Max Whittaker.

Last week, The Imprint’s Jeremy Loudenback reported on snags in California’s efforts to reform its foster care system. The goal of the state’s Continuum of Care Reform (CCR) plan is to eliminate the use of group homes in foster care, and ensure the quality of foster home placements.

California opened its coffers to provide the upfront costs of CCR, and the reform, which rolled out in 2017, was supposed to pay for itself by 2020, based on the logic that spending on the reforms would wash out against dramatically reduced use of so-called congregate care settings. Use of group settings has declined, but not by nearly as much as expected, as the state’s Legislative Analyst’s Office (LAO) notes in its budgeting assessment of the reform process.

This is worth noting for federal policy observers because the idea behind CCR’s reform of congregate care is similar to the changes prescribed by the Family First Prevention Services Act.

The CCR plan set out to replace much of California’s group homes and residential options in two basic ways. First and foremost, more youth would live with foster families or relatives, all of whom would be fully licensed. The reform plan included more than $100 million to help counties recruit new families during the implementation process.

The second avenue was the establishment of Short‑Term Residential Therapeutic Programs (STRTPs), congregate options reserved only for youth with acute clinical needs that were meant for quick, stabilizing stays. At the same time, group homes would be phased out, although the timeline for that was pushed back a few times.

The expectation was that STRTP would be a small piece of the pie, reserved for brief interventions with highly unstable children. That has not quite been the case: LAO found youth were ending up in them at far higher rates than expected. That has meant more congregate costs, and less of a decline in congregate placements than the original forecast.

Family First limits federal funding for congregate care placements to two weeks. But it carves out some notable exceptions, and the biggest one is a newly minted classification called Qualified Residential Treatment Program (QRTP). These are congregate providers that are accredited, with clinical treatment models and aftercare plans for youth in their care. Sound familiar?

For a QRTP, the two-week limit does not apply. There are mandated court reviews after 30 and 60 days, which means judges will have the most influence on how long systems can keep kids in these programs.

With California’s reform, one or both of the following are probably true based on LAO’s findings:

The gambit with Family First is that the hard limit on federal money for general congregate care funding will lower the usage of it. As Youth Services Insider has noted in the past, this part of the law is often described as a “pay-for” for the prevention stuff; that’s not the case. Former Sen. Orrin Hatch (R-Utah) was pushing for congregate care limits long before he wrote it into Family First.

But what the experience in California shows, in Youth Services Insider’s humble opinion, is that QRTP usage will be a big variable in whether Hatch’s goal is achieved. It’s meant, like the STRTP in California, to serve youth with specific clinical needs. Will it be used that way? Or become the exception that eats the rule?

As mentioned, the courts will have the most power in determining how well-scrutinized QRTP usage is. If a child welfare agency requests continued placement, the judge has to sign off at the 30-day mark and then every 60 days afterward.

Jerry Milner, the associate commissioner for the Children’s Bureau – the federal office that oversees child welfare funds – noted the potential for loose enforcement on the law’s provisions in a speech at the Brookings Institution.

“I do not want courts and judges to get to the point where they see their function in determining whether congregate care is appropriate for a child or not to simply be, ‘Where do I check the box?’” Milner said.

The key, he told the audience, was investing more in primary maltreatment prevention, lowering the quantity of youth in foster care to allow judges and systems to focus more on quality care for those kids that need it.